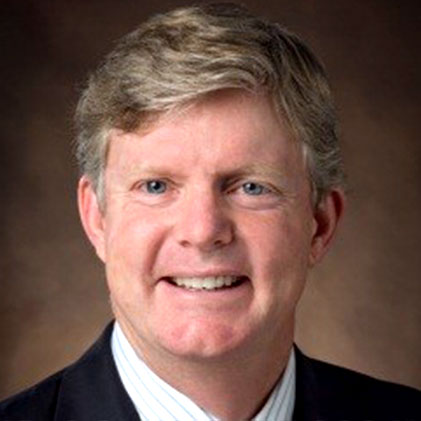 Degree(s): Bachelor's in history from Northwestern University and a J.D. with honors from the Institute of Technology, Chicago-Ken College of Law

Tom Herbert is Miami University’s senior vice president for university advancement and the president of the Miami University Foundation. He leads an advancement staff of approximately 112 in all areas of alumni relations and development. Prior to his current position, Herbert was the associate vice president, individual giving at Dartmouth College, and was promoted to vice president of development. Before his experience at Dartmouth, he served in various roles at Indiana University and the Indiana University Foundation, including director of planned giving, executive director of development and alumni programs for the College of Arts and Sciences, and vice president for University Wide Programs – a role that encompassed directing a $1.1 billion campaign. He also served as an assistant vice president for development at the University of Michigan. Herbert began his advancement career as a Gift Planning Officer at Drake University. Herbert presents at development conferences for the Council for the Advancement and Support of Education (“CASE”), is a past presenter at the Big Ten Fundraising Institute as well as at Rice University’s Center of Philanthropy & Nonprofit Leadership. He has developed and taught fundraising courses at Indiana University and co-authored a textbook on major and planned giving. Currently Tom serves on the CASE National Commission on Philanthropy and on the national board of the National Association of College and University Business Officers (“NACUBO’) - the only advancement professional to do so. Tom holds a BA in history from Northwestern University (’89) and a JD with honors from Illinois Institute of Technology, Chicago-Kent College of Law (’94). He is married to Kirsten Roberts and they have two sons, Zachary and Ethan.